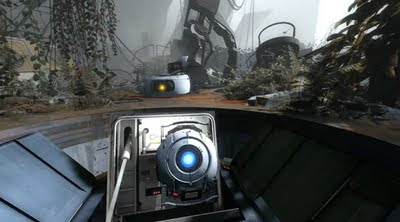 So, this weekend, just before and just after going on my Easter camping trip in the Otways (brr), I played the new "oh my gosh I can't wait for it" game in my life, Portal 2. I've just completed it. It's certainly an epic, certainly a mythic cycle, and certainly a higher-quality production than the original. The voice acting has dramatically improved (even though the first game was light-years ahead of every other game I'd played in that department), thanks to the addition of mammoth talents J.K. Simmons and Stephen Merchant the scale has increased dramatically with minimal stretch-marks. That is, the original game took me about 3 hours to complete, and this one took about 7. The difficulty level was satisfying--still the same Portal-brand puzzles which are uncrackable until a moment of inspiration hits. I think the pacing suffered a bit in the beginning, but it's probably a result of people attempting to address the problem of players that are new to the world of the game.

ALL THIS: And yet I am unsatisfied! I found the "essence" of the game unchanged from the previous game, and the Source Engine...well, it's just not the shiny new pair of shoes it was when Half Life 2 came out. It still looks nice, but feels kind of clumsy. It's a "you can't walk there, so forget about it" kind of game much of the time, a feeling which the original Portal somehow avoided by making you feel like you could walk into more objects. Oh, and one more thing--yes, it's significantly higher quality than the original, but the original was something like 30% the size, if I remember correctly. I think the point of my mentioning that is that it represents a change I've seen in Valve products lately. Perhaps they're under new management--but they seem more focused on comedy and a kind of cartoonish realism than the "rawness" that worked really well for Half Life 2. Maybe it just feels like there's less risk-taking going on in their games, lately. 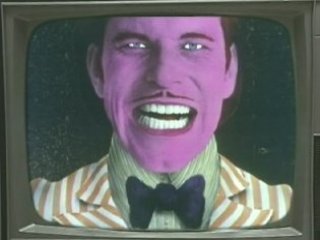 Tomorrow is crunch day for coding the lemonade-stand game that Karis and I are making. I'm going to be using Javascript and Unity to make a 2d game with assets that Karis is making. We're going for a paper cutout/giant Terry Gilliamesque head aesthetic. Hopefully it should all be done by Wednesday, provided Karis and James (a Javascript mastermind) and I can overcome any and all technical obstacles presented by my not having much practice with Javascript.

While preparing to make this (my first collaborative project where I'm going to be doing the majority of the coding, it's likely), I've been doing a lot of thinking about how the game is going to be not only completed, but worth the time of other people. While I do respect the many majabillions of brain cells being used to create absorbing content at flash game mills like Kongregate and Newgrounds, at the moment I'm more interested in how it's going to be different from all that, which I fear it will not be. Frankly, ice tea stands aren't  the new kid on the block in terms of video game genres, and we're not going to be trying to break the bank graphically. I think we'll chiefly be reaching into the future in the areas of unified graphic design (centered around a single idea) and platform. And this is just the first version of a game that will probably need to be reconsidered a lot of different ways and re-engineered to be fun before it's ready to be used by Granny Squibb. Ya dig(g)?
Posted by Catlard at 12:34 PM