Courage based on previous expeditions. 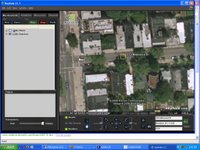 I want to thank everyone in my family and varying social circles for a marvellous week! It has truly been an amazing few days...let me tell you about it:

ANNOUNCEMENTS:
VISUAL MEDIA:
TEXT:
FAMOUS PEOPLE:
Want what you
I got, Baby

What
do you know I?
askin'
little you come home
Hey when you get home
just a little bit mister

your kisses
Sweeter than
guess

All you do
give it to
me

looks like you're all set, m'dear. congrats, cheers, and other exclamations. i will be sure to crash your pad this summer. peace, c.