Step into my office. 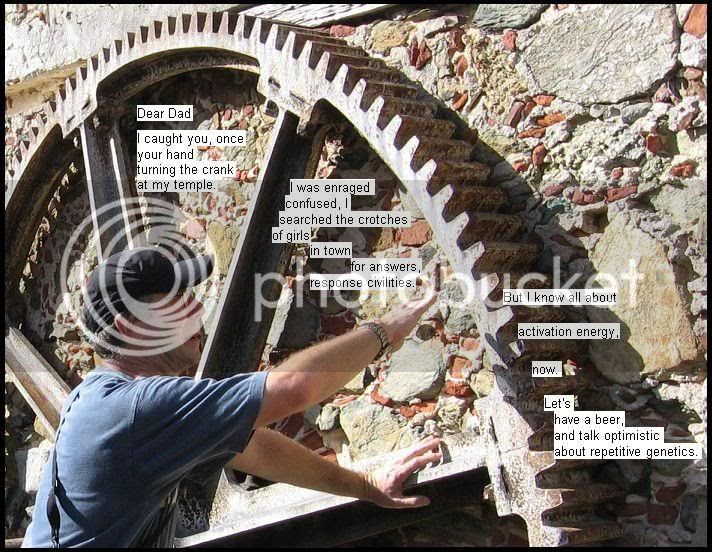 Here is a new toon.

The Cardigans, the band, rock my socks. Have you heard of them? Maybe not.

I'm going rock climbing after this post. I won the AllU rock climbing competition thursday! What a good thing. Unfortunately it wasn't exactly a skill-based competition, but I did manage to beat a big muscley guy from Stern. That made me feel good.

I'm going on a Kesher alternative spring break thing with Rachel, I think. My Grandparents sent me some birthday money, and it would cover it. It's relief work in New Orleans and some Jewish stuff...not sure if the latter will work out for me, but that's a part of my life I rarely mine for interesting things, so if nothing else it will be a discoverous week.

Tonight I'm also going to a comedy club. You should come with.

My sister is coming to visit me!

Yesterday I went to a basketball game where the school I've been observing played for a spot in the playoffs against Xavier high school (One, two). They lost, but it was really interesting. I got to speak to a very high class English teacher there, and learned a little about the school...technically, these are obvservation hours.

I submitted my poetry for the Thomas Wolfe Memorial Poetry Prize! I was highly honored with a nomination, as I mentioned the other time. I submitted the following three poems, in this order:

When the only colors are cold
and the living dark,
I press hard

and my hand holds
a wet
stomach
back in.

Sweat gone cold
must be
reheated.
I hold a little closer
out of curiosity, and

we rotate
all over
each other.

Under my pants, I find
my notebook
and some strange,
expensive ballpoint.

I try to write through
sleep
the slices of blue dark
through the shades. Then
we awaken, arms
smeared
with ink.

Quaaludes to fail physicals,
asthma and memories
of broken bones.

You lied to the armed forces
And now here we are, free white Jews
on a white Christmas.

My mushroom omelet arrives
on a continuum, and everyone basks
in the Sunday morning of it all.

Music: Happy Meal II, by The Cardigans.
Posted by Catlard at 8:22 PM