From Globe to gallery. 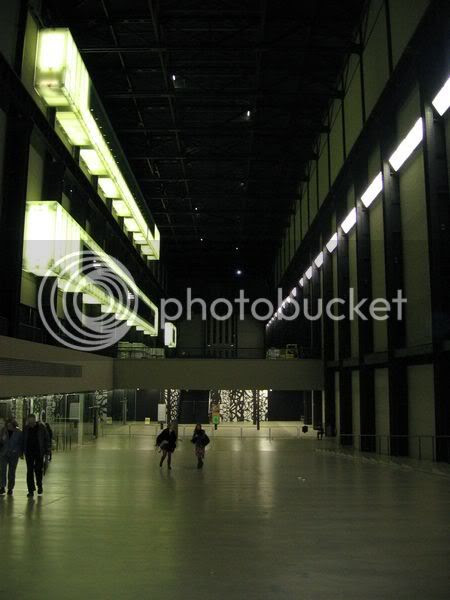 This friday, I went on a class field trip to Southwark Church, where I got pictures of nothing of note. Sure, It was very ornate and British, and there was some terrific churchy ambiance, but the highlight of the trip was when we went to the Globe, had a very informative tour on the historical factoids of the building, and saw Pericles (for real, this time). Among the more interesting items were:

That the original capacity of the Globe theatre was 3000, compared with the capacity of 1600 today.

The actors had one morning to rehearse for plays, which were at 2PM (This conflicted with people's work in a big way, and almost got the Globe closed a few times). You didn't get the whole play when you rehearsed, though. You got a "roll" (role) of paper, with your role ("roll") on it, and the first two words of the line before and after yours. It was really difficult to know when your line was or what you were supposed to be doing, because you didn't know what people were going to say about you in their lines. Trust me, I know, they made us try it on the tour!

Here are some pictures of the globe. They're better than the last ones, and the second one has me snarling like a pirate in it, quite by accident:
One.
Two.

After the tour, we went to Pericles, which was amazing. It's not the greatest of Shakespeare plays, kind of like a very patchy epic. But the Globe made it into a very episodic circus, with aerialists and people dancing on ropes. There were some bad moments where the narrator would break from the text of the play and start joking about how Shakespeare was a black man and then try to be funny by saying "don't worry, the idol is safe, mon, he was white." This same guy also managed to work in a bit about how at the Globe "we don't do art, we do LIFE. If you want art, you've come to the wrong place." This was really strange, because the play was going fine. I was thinking "you know, you just may be convincing me, I think I may be at the 'Chris Rock, actors on racial steroids and Juliet' performance." and then there was response shouting. No, seriously.

But in the end, it was okay, because there was some really great acting and acrobatics, and I was a groundling, which I enjoy (A groundling was one of the people who pays much less to stand and watch the play. Today, it costs about five pounds).

Right afterwards there was crew racing on the Thames. Except, all the boats where themed by country. There were a lot of people lining the river, especially on the Millenium Bridge. Look:
One.
Two.

And here's a pretty picture of a bombed out building, which I'm using as my desktop at the moment. Keep in mind, any of the pictures you see on the site I have at desktop resolution, and I can send you bigger versions if you want them. Just email me.

My day wasn't over after the Globe. I then went to this concert which my friend Ollie had purchased tickets for, and enjoyed that. I won't say anything about it except that it wasn't what I would have gone to see by myself at all, and I'm glad Ollie was there, because he made it interesting. It was the kind of thing you always hear about in bad jokes, but it was actually rather of interesting, kind of audially intimate, even if it was atonal. Here's a link to my review of it, which I'm using for Reporting the Arts class, and as a writing sample for one of my internships. Let me know what you think, it's only on the first draft. I realize that sounds unwise considering I'm trying to use it to get internships, but I really needed this kind of writing quickly for the sample, and it's the only thing I've written that's like it.

A link to my review. -- It was at the Tate Modern, an art museum I went to a while back. The building is actually a converted power station, so Turbine Hall was where the giant generator used to be. The picture at the top of the post is what it looks like at night. Spacy, eh?

Basically, Ollie stayed the night at my place, and I made him an omelette for dinner. We played chess as well. He's a very active guy, I admire his being a mensch about his interest in the arts.

Today I've had a lot of work to do, and I had to miss open house to read Sense and Sensibility. So you see, the homework march goes on...
Posted by Catlard at 1:27 AM

Anonymous said...
This comment has been removed by a blog administrator.
2:58 AM