My camera is working! New expensive batteries were necessary. 8 dollars for four AAs. In celebration...

I call your attention to the following series of photos, taken on the 26th of September, regarding one young man's lunch. 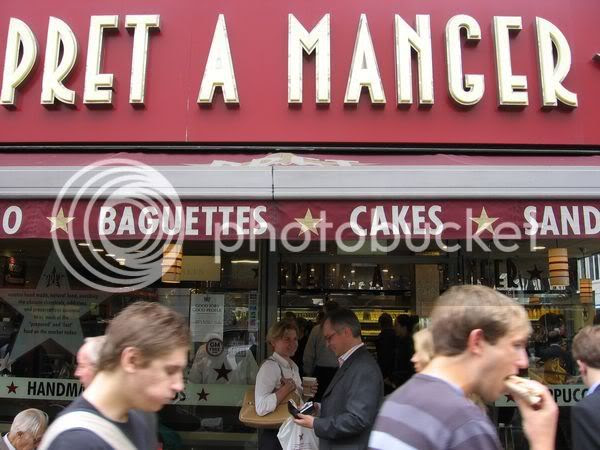 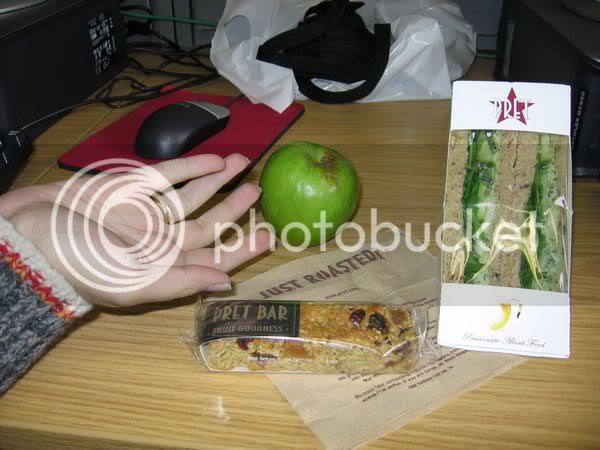 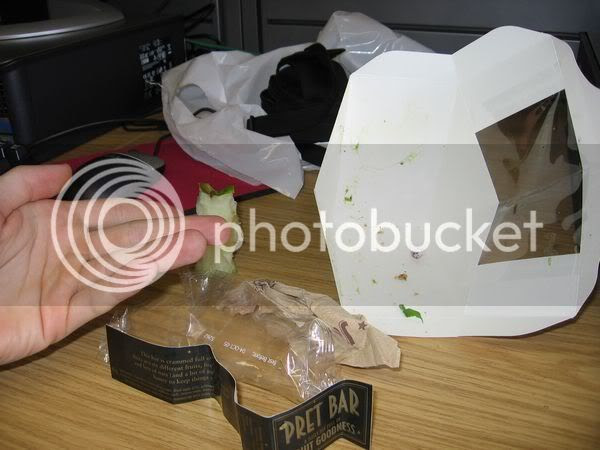 3. And after (The dismount). Evidence suggests that the meal was an apple, a guacamole, lettuce, and chicken breast sandwich on organic wheat bread, and a fruit, honey, and granola bar for dessert. The financial morticians have resolved that aforementioned meal cost approximately six dollars. Not bad, eh? Thanks for the advice, dad. Finally took it.


Remember that banana bread I told you about? The batch that I made from scratch with help from Liz, that I was super proud of? Well, I have a picture of the last peice of it, and it looks a little like...not delicious. But it was, and as you can see if you want, other people thought so too. Here's the picture, from 30 minutes after I took it out of the oven.

A surveillance kitty (In an alley).
Friends walking.
A purple house. Adorable?
These places exist, it's not just on TV. Don't you want to live here?
A church of gothic proportions.
A fountain of not-centered in the frame proportions, but pretty anyway. This was about the moment my camera went on strike.

RSS reader popularity
In the ongoing struggle to tame RSS feeds for the masses, Google appears to be taking a strong lead -- at least, judging by what we see in our server logs here at SeattlePI.com. Our RSS feeds were downloaded ...
I have a opt in mlm lead site. It pretty much covers opt in mlm lead related stuff.